Who can have a mole treatment?

Since moles are usually annoying, i.e. they cause aesthetical disturbance, patients consult a physician. However, a mole can also constitute the source of serious health disorders, besides being an image problem. Moles should definitely be checked because they can cause cancer. In particular, all suspicious moles >2-3 millimeters should definitely be sent for pathological analysis.

Mole treatment or mole removal is a procedure performed under local anesthesia, during which the patient feels no pain. The procedure takes 15 to 20 minutes, depending on the size(s) and number of the mole(s). 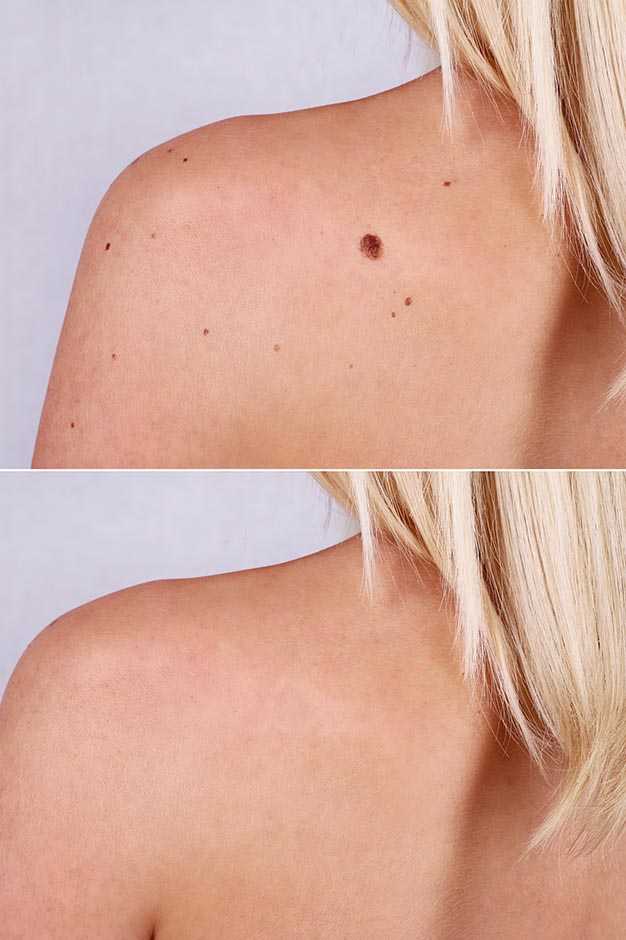 Does mole removal leave a scar?

A very fine line-shaped scar remains in the mole removal area. At the end of the wound healing process, this scar turns into the skin color, as a hardly noticeable faint scar.

It poses no known risk to patients. It also helps prevent serious illnesses that may be caused by the existence of the mole. Especially dark-colored moles' exposure to the harmful rays of the sun further increases cancer risk. Moles treated in an early period are prevented from carrying cancer risk.

What are experienced after scar treatment?