Who can have a buttock reshaping (gluteoplasty) surgery?

It can be administered to all patients, who are dissatisfied with the shape of their buttocks.

The buttocks and waist region are among the most attractive parts of the female body. The buttocks looking round and tight complete the beauty criteria for both men and women, when combined with long legs and a tight tummy. The buttock reshaping (gluteoplasty) procedure can be performed on all patients, who are dissatisfied with the shape of their buttocks. Patients usually complain of having flat, droopy, or too wide buttocks. Although out buttock and leg lengths are inherited, fat accumulation in this region may result in undesirable appearance due to sagging. Plastic surgery performed on this region is intended to maintain the good condition, correct the deformities, and reshape the soft tissues.

The concept of buttock reshaping involves all of the operations performed on the buttocks, hip region, and waist regions. Applying liposuction to suitable areas, giving fat injections to the regions where needed, and lifting the buttocks with silicone implants if the patient needs, may provide a better result.

The following operations are performed under the title of buttock reshaping surgery.

Liposhaping: It is a process involving fat transfer from the hip region to the buttocks.

Buttock implants: Silicone buttock implants can be used in patients who have flat buttocks but have no adequate amount of fat tissue. It can be placed sub-muscularly. Since the incision is made in the buttock cleft, the resultant scar is not visible.

Buttock tightening: Especially in patients, whose buttocks have sagged with the whole leg skin after a dramatic weight loss, the sagging skin is removed like a belt surrounding from front to back.

Filling Applications: Hyaluronic acid fillings can be applied to patients, who have flat buttocks but have no adequate amount of fat for the fat injection, and who do not want any implant-based correction. Macrolane is the most known brand in this regard. In addition, water-based fillers called 'aqua-fillers' can be used in conjunction with fat injections. 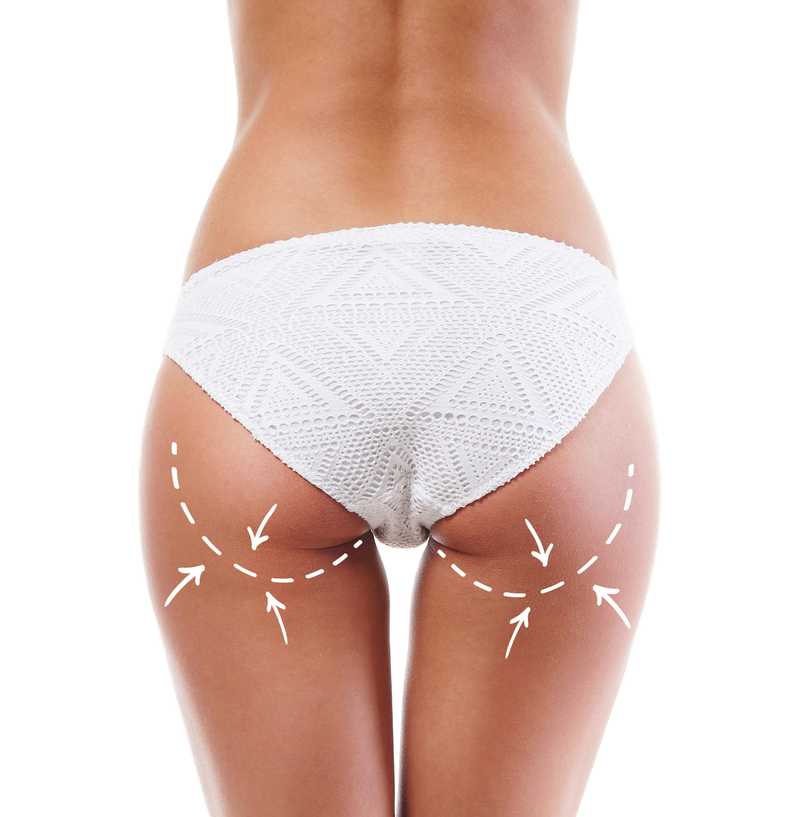 Are the results of buttock reshaping (gluteoplasty) surgery permanent?

Approximately 30% of the fat given during liposhaping is lost; however, the shape given to the waist and the buttocks are permanent as in the buttock implant placements. The results of the buttocks suspension operations are also permanent. The effect of the suspension sutures varies depending on the patient's anatomical structure but it does not last long. The effect of Macrolane injections disappear within 1 year. Making the surgical result permanent also depends on the patient, to a certain extent. The patient should watch her weight, have skin care, and do exercise on a regular basis.

What are experienced after buttock reshaping surgery?